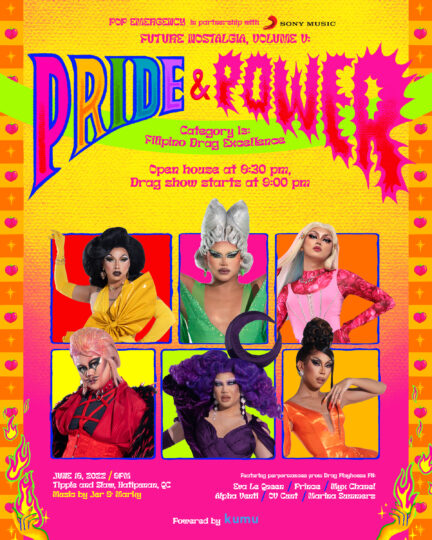 Sony Music Philippines and the Pop Emergency Podcast recently honored the
valuable contributions of the LGBTQIA+ community across the globe with PRIDE &amp;
POWER last June 18, 2022 (Saturday) at Tipple &amp; Slaw, Pop-Up Katipunan.
The double headliner event, which features drag performances from the fabulous
queens of Drag Playhouse Philippines and music from the record label’s most iconic
queer icons kickstarted the month-long Pride celebration with a defiant yet colorful
flavor.

“The event was called PRIDE &amp; POWER to recognize that Pride is not just an
extravagant one-month celebration every June, but that we are given the chance to
make a statement and empower not just our artists, but the LGBTQIA+ community for an experience they’ll remember all year round and even after,” shares the organizing
team. “It’s making a stand, but doing it with a bang.” 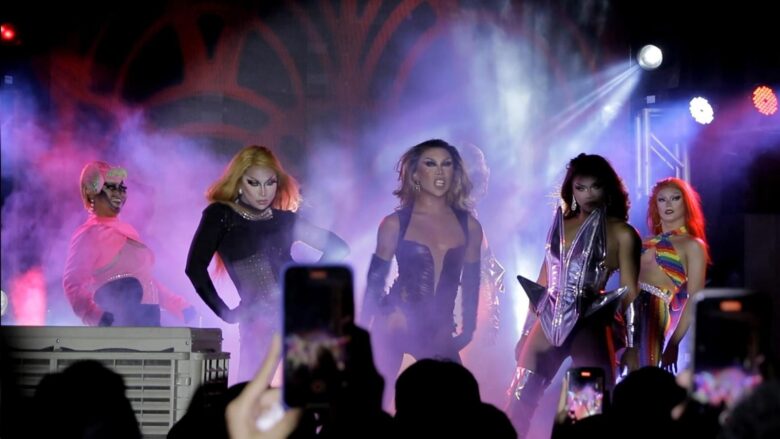 Centered on the power of music to tell as many uplifting stories as possible about the
struggles and triumphs of the community, the event championed the enduring Pride
anthems of the past and present, which put a spotlight on Sony Music Philippines’
an esteemed roster of queer icons: Beyonce, Britney Spears, Whitney Houston, Lil Nas X,
Doja Cat, Ben&amp;Ben, Maris Racal, the Sexbomb Girls, and more. This was powered
further by drag performances from Drag Playhouse Philippines.

“It has always been a pleasure to work with Drag Playhouse PH,” shares the Sony
Music Philippines team in a statement. “Ever since our first project with them in the start
of 2021, including the now-iconic Manila Drag Icons video which garnered international
attention from legendary RuPaul’s Drag Race alum such as fellow Filipinos Manila
Luzon and Kyne from Canada’s Drag Race, Blu Hydrangea from Drag Race UK, and
Denali (whose Chicago Drag Excellence video inspired the concept). We have always
admired how much of their heart and talent they put into their art, not to mention their
focus and attention to detail. It’s always a good time being very hands-on with them to
see how we can best send their message, help empower them in their craft, and share
music in a way that’s fun, proud, and relatable.”

The second half of the program brought the music of Jer &amp; Marky to the dance floor,
along with a special appearance from internet sensation Kumare Harvey. PRIDE &amp; POWER also launched the year-long Pride and LGBTQIA+ playlist YASSIFY
on Filtr Philippines, which put together some of the fiercest bangers that resonate with
the queer audiences all around the world.