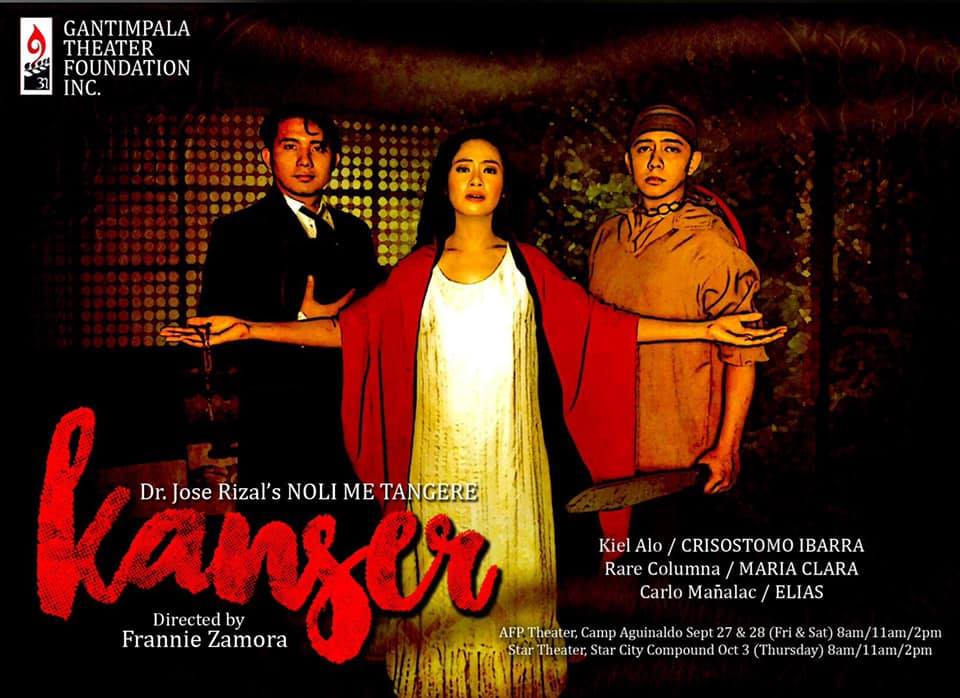 ‘KANSER’ is a musical play based on Dr. Jose Rizal’s Noli Me Tangere. Gantimpala Theater has gone through numerous revisions in staging ‘Kanser’. From an intimate theater presentation at the Bulwagang Gantimpala to the proscenium production of the CCP Main Theater and the Met Theater plus all the other venues in the country. The Play is considered to be the longest-running play in Philippine Theater.

Over the past season of re-staging the play Kanser, several talented Actors and Production people have allowed being a part of this classic play. Besides, seasoned directors – Tony Espejo, Jake de Asis, Roobak Valle, Adriana Agcaoili, Mia Gutierrez, Frannie Zamora, and Jun Flavier Pablo have also given their share of interpreting the play. 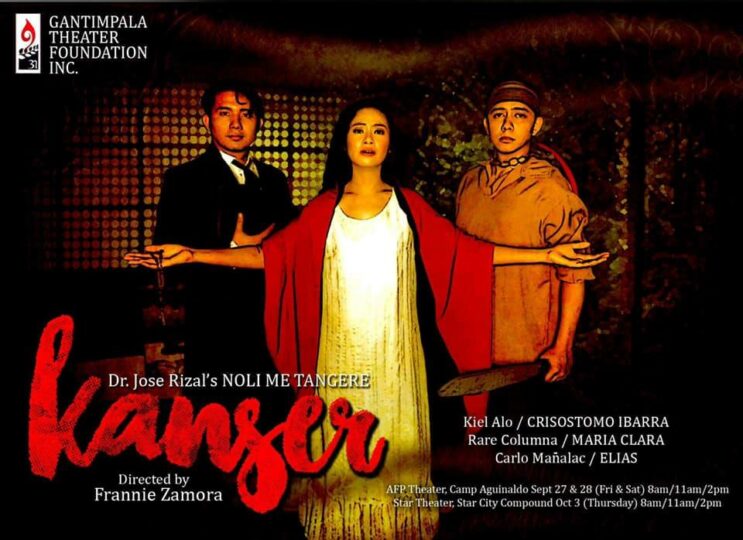 Kanser stage anew!
Kanser 2019 is a tighter version of original Kanser, The Musical 2015 was presented during its 35th anniversary. Director Frannie Zamora has skillfully infused about 10 songs from the musical into the straight play – a welcome revision that has delighted the viewers.

Reason Why ‘Kanser’ continues to win the hearts of students and theater aficionados?

Is it the story? woven by Rizal with a dash of patriotism, idealism, deceit and uncanny revelations. Could it be the staging of the play where the actor was dress in a distinctive and almost authentic costume that complement the language and mannerisms of the period? On the other hand, maybe the relevance of the incidents that still mirrors the present times. All these and more is what Kanser is now been regarded as indeed a classic production. 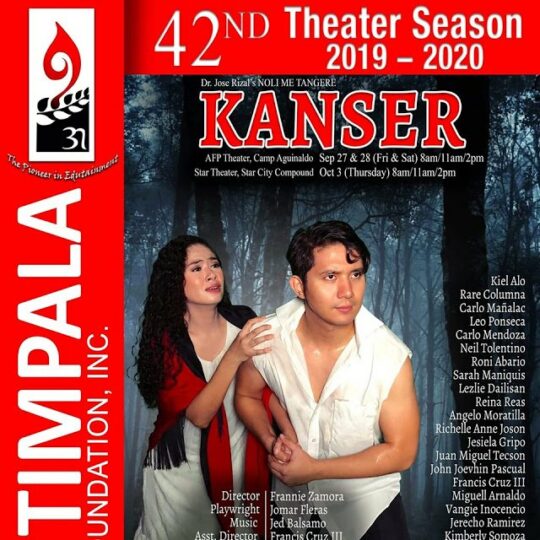