Dolorosa, an epitome of a woman. 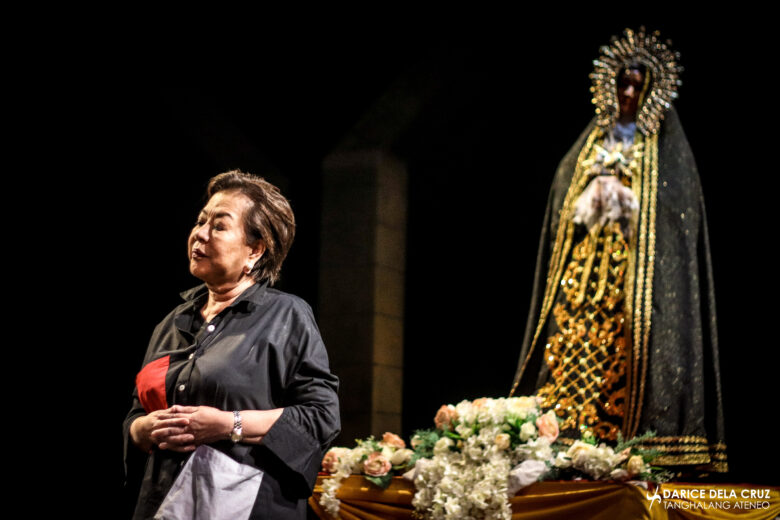 Ateneo’s theater company, Tanghalang Ateneo celebrate “Écriture Féminine l Sulat-Babae: The Women’s Season” and being the voice the university believes that the dignity and rights of every woman or each person be respected.

In its 41st season opens the premiere of Dolorosa, playwright by Peter Zaragoza Mayshle and directed by Jenny Jamora. Dolorosa revisited what happens in our past. The story is a three-act play narrating three periods in our history, the Spanish Regime, the Japanese Occupation and in the year 2003. The play brings us with the experiences of the Filipino women in the aspects of socio-political and economic factors. Dolorosa’s body and the woman who possess is presented in each act, Juliana presented the Dolorosa’s hand, Alicia in Act II presented the Dolorosa’s Body and Act III Dolorosa’s head, crown and vestment presented by Claudia set in 2003 Good Friday. Putting the statue together before the holy week procession brings doubt if the Mater Dolorosa inherited by these women are original or not?  Honestly, I lost my comprehension during the first part of Act II until Pilar met her old self in the Neither. 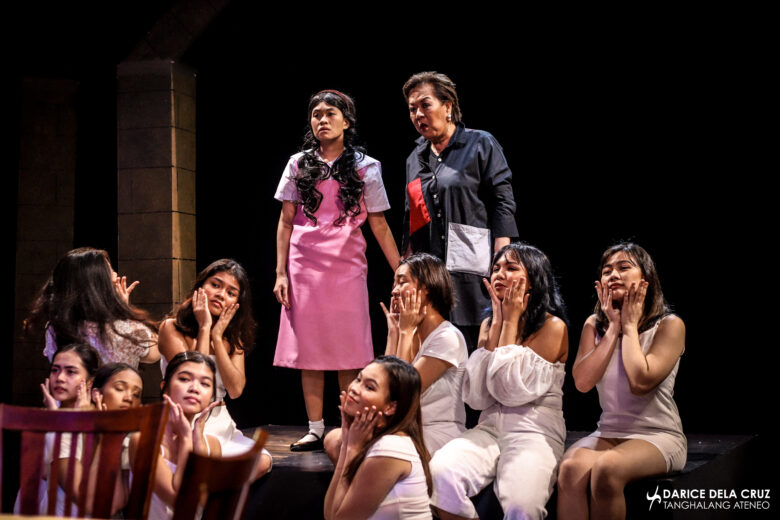 The production used every corner of the theater. I like how they incorporate faith in the story and how they artistically presented the different faces of Mary when Pilar enters the Neither, the different images of The Virgin Mary appears, Mary Mystical Rose, Mary Star of the Sea, Mary Seat of Wisdom, Marry Mirror of Justice, and, Mary Tower of Ivory. 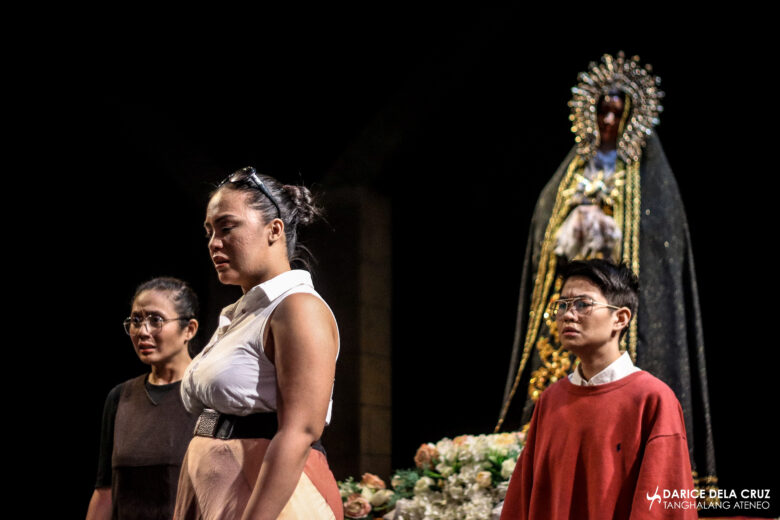 As observed, Dolorosa is an all-female casting aside to Mariano, played by Ron Capindig, they had another male actor, Shaun Ervin P. Ocrisma who played Elsa/Mary Tower of Ivory. However, female actor AJ Umali played the abusive male characters such as Padre Galiano/Pablo/Tasyo. 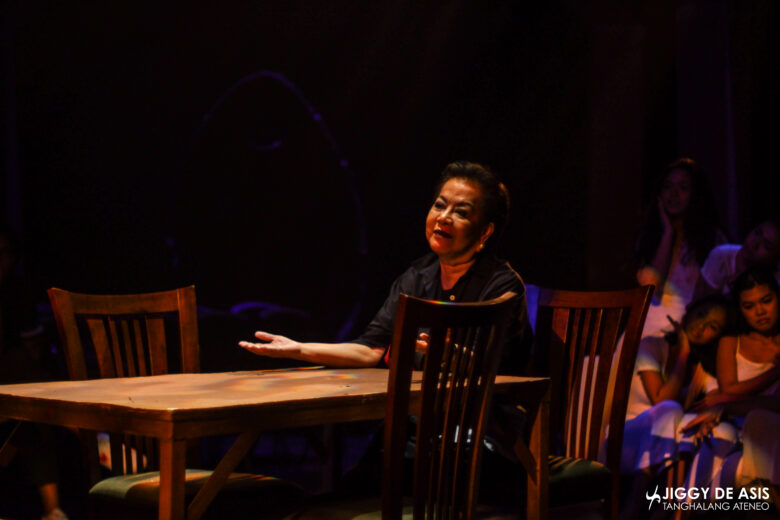