2021 has been a massive year for Filipino folk-pop collective Ben&Ben in terms of commercial and critical success. Their sophomore album, Pebble House, Vol. 1: Kuwaderno has earned glowing praises from reputable music critics and publications in the Philippines and Asia, with Rick Olivares of ABS-CBN News calling it a “brilliant masterpiece” and Paul John Caña of Esquire Philippines pointing out its vital role in establishing the band as the “pre-eminent artist of their generation.” In less than two months, Ben&Ben’s recently released album has surpassed more than 30 million streams on Spotify alone—a groundbreaking feat that attests to the group’s universal appeal and enduring impact for nearly an entire decade.

After achieving records in both streaming and digital sales and sending their songs to the top of the music charts, Ben&Ben are determined to put their work on the global music map with the release of “Cheap Love,” a new collaborative single with acclaimed and best-selling Taiwanese singer-songwriter WeiBird. 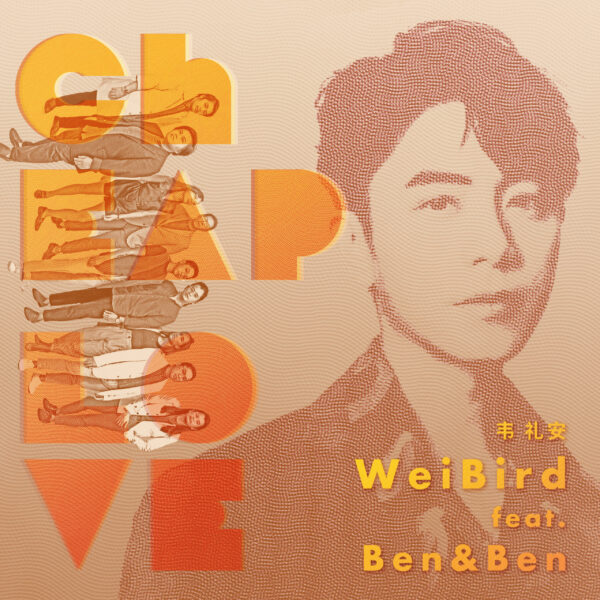 Epitomizing the moment when dawn shows its first light, “Cheap Love” is the sonic equivalent of wandering between a dreamlike state and an awakened mind throughout the night. It’s about the journey of finding a long, lasting love after having experienced so much pain in the past. According to William Wei, known professionally as WeiBird, the title of the song is a play on words, and nothing more than just faint bliss and ecstasy. “It’s a temporary band-aid for a big gushing wound, but it never fills the hole inside. Moreover, it increases the feeling of emptiness. What I’m trying to say is, you can’t bargain your way into love. Love is truly hard to find.”

Ben&Ben interprets the material in the same manner as WeiBird does, aware of the reality that comes with seeking genuine love in the direst of situations. “With the chorus repeating over and over how difficult it is to find a ‘rhyme better than you and I,’ it shows how drawn and enamored we are by the idea of love but oftentimes find ourselves in a pit when trying to really make it something more.”

With its stripped-down instrumentation embracing listeners with a sense of comforting warmth, “Cheap Love” expresses the woes and triumphs of a generation caught up in romantic longing and desire. The listening experience is made more compelling by the vocal harmonies of Paolo Benjamin and Miguel Benjamin, and the earnest delivery of WeiBird, making the audience feel more hopeful than ever despite the uncertainty of the present conditions.

“We’re grateful that by just being our authentic selves musically, we were able to add to the song both in production, vocals, and instrumentation something that WeiBird seemed to be happy with,” the nine-piece group shares in a statement. “We took an active role in building on the magic that the song already had, and we’re happy with how it turned out.”

The song was written and produced by WeiBird himself, with co-production and mixing duties by frequent collaborators Aven Tsai and Sean Sinclair. The Mandopop and folk-pop star explains that Ben&Ben also pitched in ideas for the arrangement and music side of things, resulting into a more polished, sonically impressive output that showcases the best of both worlds.

WeiBird adds, “I wrote, played and produced the whole song on the album version. However, for this collab I haven’t had to do much because Ben&Ben was amazing. I remember listening to a demo of them playing along to my original track, and I could already imagine how it would come to be later. And the final results were not far from my imagination. It was awesome.”

“Cheap Love” is the first single off WeiBird’s first official English album. It follows the success of his fifth studio album, Sounds Of My Life, which peaked at No.1 on Taiwanese album charts in 2020, and received four nominations at the 32nd Golden Melody Awards, including Album of the Year and Best Mandarin Album. The track also serves as the second international collaboration of Ben&Ben after “Leaves,” featuring K-pop star Young K.

“Cheap Love” is out now on all digital music platforms via Sony Music Taiwan. The official music video will premiere on on 10.15.21 at 10pm, PH time.