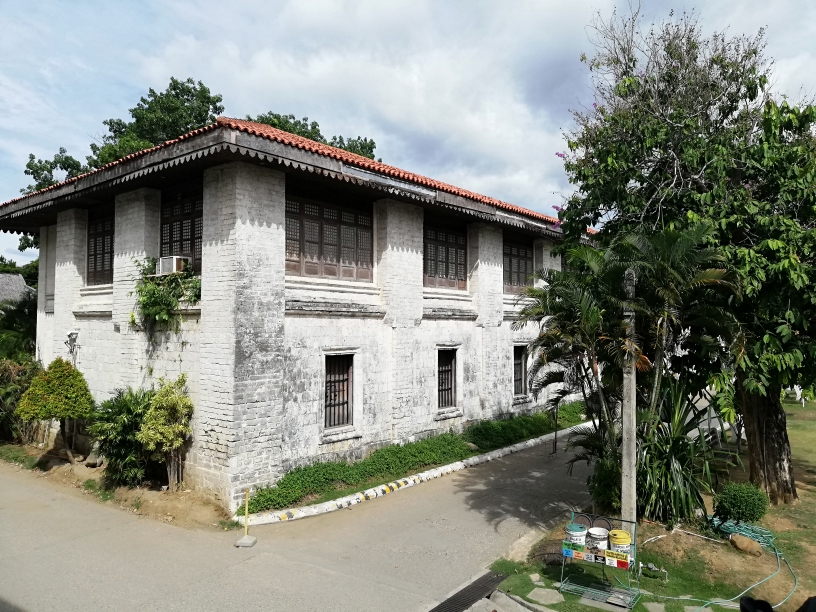 Argao, Cebu, a first class municipality in Cebu with 45 peaceful barangays. A 21,000 hectares of agricultural and scenic landscape with 10 coastal barangays with pristine beaches and mangrove protected coastline. It is also home to diverse wildlife and Southern Cebu’s getaway to Bohol. With 400 years reach in history and tradition. A bastion of the old Spanish town center with the only intact 19th-century cabeccera in the region. Reach in countless tales from the trails waiting to be told, the birthplace of the famous Mangao and Maria Cacao folklore.

Never did I expect that the Municipality of Argao will give me a great mythical story of outdoor recreation. I decided to explore Argao instead of my original plan to explore the nearby municipality of Dalaguete. Early morning of Friday, I visited the tourism office and learned the Tour Packages they are offering like;

I was excited to inquire the Eco Adventure Tour of Balay sa Agta. The Tourism officer directed me to go to the Heritage Office to learn more about the tour. I met Ms. Kinji, the officer in charge of the Heritage Office. Accordingly, The Eco Adventure Tour requires a minimum of 5 persons in a group. She told me that the tour was pre-arranged to form with the required number of person. I thought it would not be possible to happen since it is Friday at the time I inquired. I told to myself there is no chance to have it in the following day because government employees only work Monday to Friday. But. Ms. Kinji, asked me to give her my contact number they will inform me if there will be other joiners. She also told me that even there is a tourist who availed the Eco-Adventure Tour they will be postponed if the weather is not good.

I go around the area of the Balay Lungsod sa Argao, their Town Municipal Hall, built in 1608. I noticed that their century-old Municipal Hall are currently ongoing renovation. It is known to be the oldest municipal hall in Cebu made of wood and stone, you will see the structure when you are inside the Hall located on the second level from its ceiling to the floor. If you love old century structures or beautifully architecturally designed you will definitely visit the Town Hall.

Another heritage building in the town center is the Hall of Justice. I did not attempt to go inside since I was not properly dressed at the time, (I am wearing shorts and Sando). But, according to some locals, it is rehabilitated and restored as the town Hall of Justice.

Took some pose at the Cabeccera de Argao before heading to Chitang’s Torta Bakery to taste the Torta, which considered the most love delicacy in Argao. To my surprise, Ms. Kinji called me up after an hour or two telling me that they have available Tour Guide to accommodate me. So all have been set to the Eco Adventure Tour.

The following day, Saturday I texted her and asked if the tour will be pushed through because I feel something in the weather. She replied back and said to meet her in the Town Hall at 9 am.

At around 9 am, I met my tour guide Kuya Nasser and the “habal-habal” driver which I forgot his name. Ms. Kinji asked me to fill up and signed the waiver. After preparing the equipment needed, we headed to our destination. It’s about an hour ride from the Municipal Hall to Barangay Conalum. A long ride but, it is okay because you will enjoy the scenery of a green Mountains of Argao.

When we reached the jump-off place to Balay sa Agta, Kuya Nasser gave me the equipment that I will be using like the Hard Hat, Headlights and Harness.

He gave me instructions on how to used and wear those protective gear. We take a short trek to the cave opening. I not new to trekking but I’m not comfortable with my shoe. The trail is a bit challenging not just you will see cliff but because it’s getting narrower as we move forward. The Tour guide prepared the rope that will be used as our support as we move forward to the cave entrance, a risky adventure though I used the harness. Aside from the narrow trail, you should mind also the big rock that might hit your head even though you are wearing a hard hat.

Reasons why going to the cave should be known to the tourism office is to regulate the tourists, there was this mountaineer who accidentally fell off and died.

The tour guide explained that there are two types of bats inside the cave fruit bat and the vampire bat. He also instructed me you can take pictures but never touched anything particularly the rock formations.

It was cold inside the cave and darkness came in again it’s not easy to walk inside because of the rock some are huge. I noticed some biscuits wrapper and the usual culture of Pinoy of vandalism. In the middle of the cave is a huge opening above the cave, according to Kuya Nasser they call it the skylights. We stopped for a while and feel the light from the outside. And as we continued, we passed with these rock formations glittering with the likes of a diamond. Different kind of stone formation was around the cave from the stalactites to stalagmites. I noticed also there were insects which you could see from the rays of the flashlight.

Finally, we reached the end of the cave. Kuya Nasser, told me that in front of us is the so-called ”altar” he even asked me if I believe in the so-called “Albularyo” because they used that altar when they needed help. It was goosebumps because I noticed the formation of rocks to be Mama Mary at the center, on the left you will notice a tall rock formation which in my visualization is the Chinese Buddha, and in front of him is a three-stone formation which looks like the Holy Family statues. I asked if I could take pictures and he said yes, the Tour guide told me Balay sa Agta in Tagalog is Bahay ng Kapre. When I looked at the above I saw the formation which made me goosebumps again. Then Kuya Nasser told me to turn off the lights in respect to the above creatures. I asked if I could take a picture but Kuya Nasser told there are a lot of attempts to take a picture of it but no one succeeded. So I decided not to do it before we leave the are I said, “Thank you!” with respect to “Kapre” of the cave.

Since there is no way out at the end of the cave, we have to turn back. A more or less 2 hours walking. I suggest that you bring with you a bottle of water.

When we reached the cave opening we rest for about 5 to 10 minutes for our next destination, Bugasok Falls. We reached jump off place for the falls, 10minutes of a motorcycle ride. As we reached our destination it was amazing to see such wonderful work of Nature. But sad you could not swim or take a dip in the water because we will be needing a rope to use for rappelling. With that, I decided to take pictures from above, similar to the aerial view of the falls.