Many will agree that watching a movie in a cinema is an experience on its own—the waft of buttered popcorn all around place, the anticipation for the film to begin as you watch trailers, and the collective reaction during a particular scene. But with most cinemas still off-limits to moviegoers, people have to find creative ways to recreate this experience in their own homes.

One great way to do so is with UPSTREAM, a Transactional Video on Demand (TVOD) platform created by Filipinos, for Filipinos. UPSTREAM has recently partnered with the country’s leading digital booking platform for on ground and online cinematic experiences, GMovies, to introduce a new and affordable viewing experience to Filipinos anywhere they are in the world.

UPSTREAM, in partnership with GMovies, will showcase proudly Filipino-made films alongside international films and more mainstream titles in line with its objective to give local producers a space to ensure that their content reaches a wider audience. With easy access and affordable ticket prices, more viewers have the chance to discover a whole new world of films with their families right at home.

On November 14, UPSTREAM and GMovies will formally launch with a special offer that any movie lovers cannot turn down – 14 films for 14 days for only P1 each! For the price of one ticket, films can be streamed together by the entire household.

The 14 on 14 line-up will include a string of classics from Regal, an entertainment firm known to produce an eclectic mix of films ranging from trendy, campy, serious, and art house:

By streaming these films, UPSTREAM aims to relive the nostalgia of pre-internet days where movies aren’t highly targeted and calculated, and producers used a wide net approach in creating films that catered to every kind of Filipino there was. While these 14 films may not be the best that the cinema of our past can offer, their varied themes and stories can collectively show us the endless possibilities of where Philippine cinema can go. Perhaps, with UPSTREAM, audiences can rediscover a whole new world of unique and varied Filipino films. 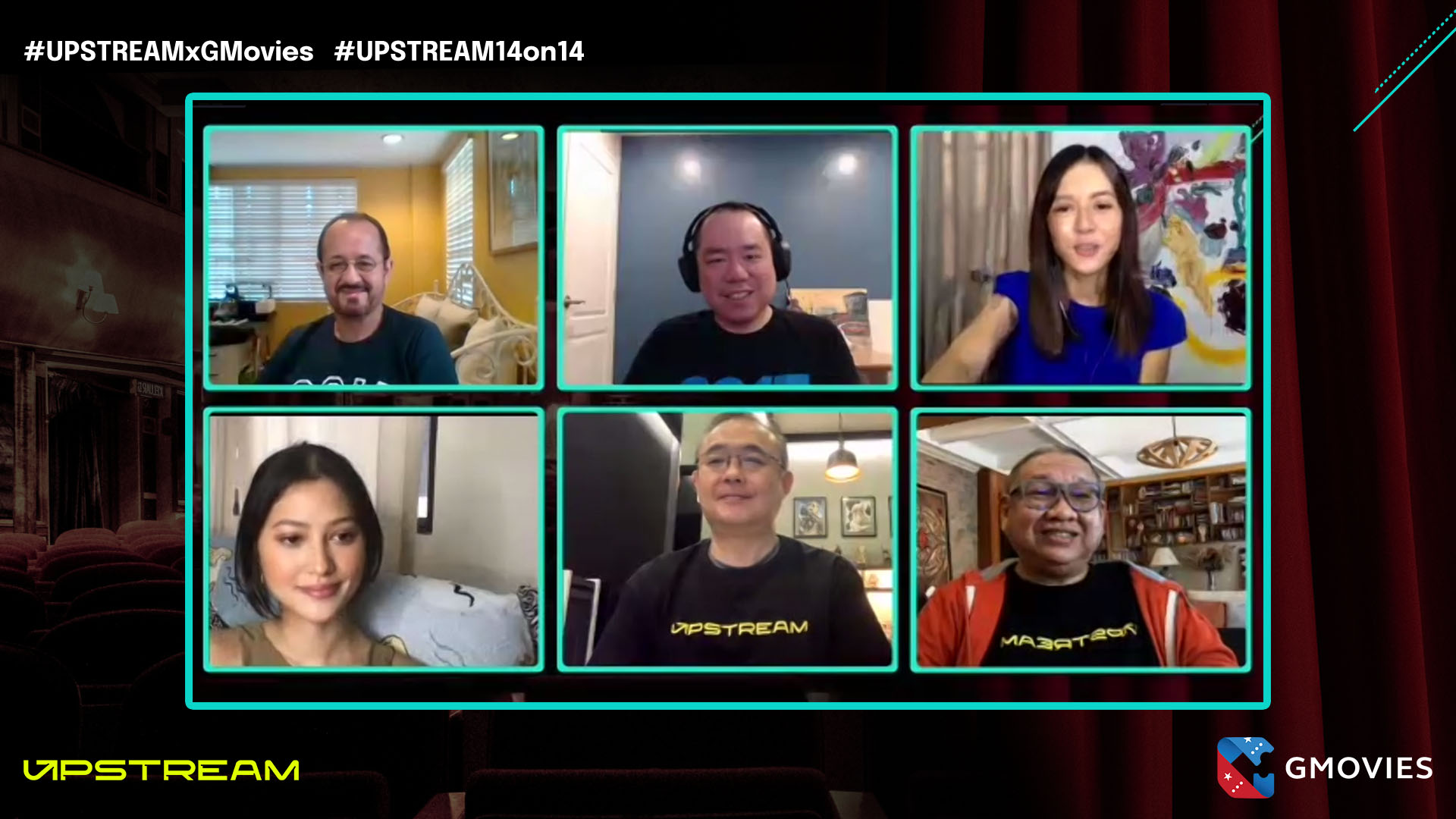 In line with championing the Filipino spirit, UPSTREAM and GMovies will be extending help to the victims of Typhoons Rolly and Ulysses through this launch by donating to Ayala Foundation’s Project Pananagutan. Those who are interested to donate can also do so by visiting ayalafoundation.org/donate or through GCash and the Globe Rewards App.

Moreover, UPSTREAM, in partnership with GMovies will be the exclusive streaming venue for QCinema from November 27 to December 6 and the Metro Manila Film Festival (MMFF) 2020 starting on December 25. From December 7 to 24, viewers can also take a trip down memory lane as UPSTREAM shows MMFF classics and favorites leading up to this year’s festival grand premiere.

Through UPSTREAM and GMovies, Globe enables Filipinos to recreate how they enjoy movies from home. As a telco company that bridges content creators and content consumers, Globe supports the battle against piracy to protect the entertainment industry. Through Globe’s #PlayItRight anti-piracy campaign, Filipinos are made aware of their responsibility to consume legal online content in respect and support of the works of filmmakers and entertainment content creators. In conjunction with the #PlayItRight campaign, The Upstream platform is poised to deliver a better viewing experience for customers while protecting the content creators’ digital rights. Since the content is distributed online, the Upstream platform features technology developed in partnership with global, industry leading media delivery providers.

Go to UPSTREAM.ph for the latest content, and visit the GMovies.ph or download the GMovies app to book a ticket now.