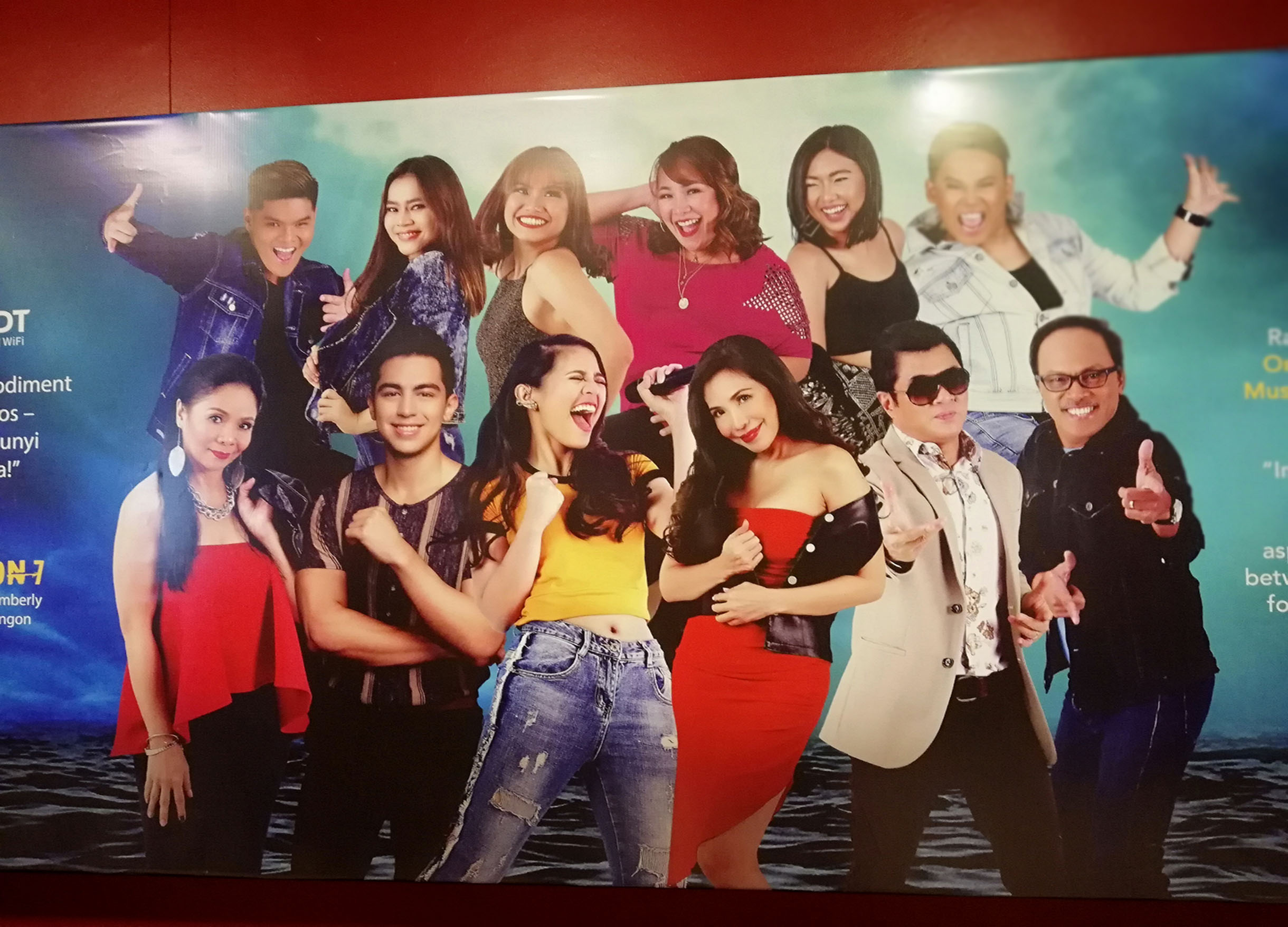 The Philippine Educational Theater Association phenomenal hits “Rak of Aegis” returns on stage last July 5, 2019 and runs until September 29, 2019.  Since its theatrical hits in 2014, this considered PETA’s the longest running original pinoy musical because of that continued patronage of the people still wanting to watch the show now on its 7th Season.

This season PETA partnered with the OPM ARTIST AND PHIL POP to pay tribute to Filipino Music and Artist. “Rak of Aegis” is inspired with the music of The Band Aegis, one of the OPM Icon featuring their songs LUHA, SINTA, BASANG BASA SA ULAN and other popular hit song.

“Rak of Aegis” revolves around Barangay Venezia submerged with flood brought by Typhoon and the fraudulent construction of a nearby subdivision for two months. And the ambitions of Aileen to become a YouTube singing sensation and to be discovered by Ellen De Generes.

The flood greatly affects the live of Barangay Venezia’s residents. Some become sick and the possibility of losing their livelihood, the shoe factory. Things get complicated when a developer of the subdivision   visit and distributed relief goods and promise to help them to look after the responsible on the legality of the construction in the nearby subdivision.

“Rak of Aegis” is an original Filipino rock-comedy that tells the story of love, ambitions and the resilience of the Filipino in times of adversities. Barangay Venezia is a symbols of poverty that mirrors the serious problem and the chronic governance in our country.

The show will run from July 5-September 29, Thursdays to Fridays at 8pm and Saturdays to Sundays at 3pm and 8pm.