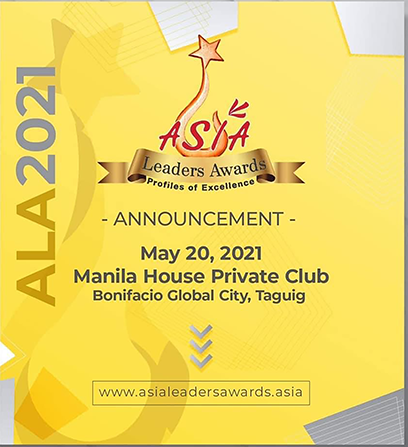 This year’s Asia Leaders Awards, the biggest in the Asia Pacific, is all about hope and optimism. demonstrating how these leaders are reaching out to others to give back while also bouncing back big time not just for their own organizations but also for society. 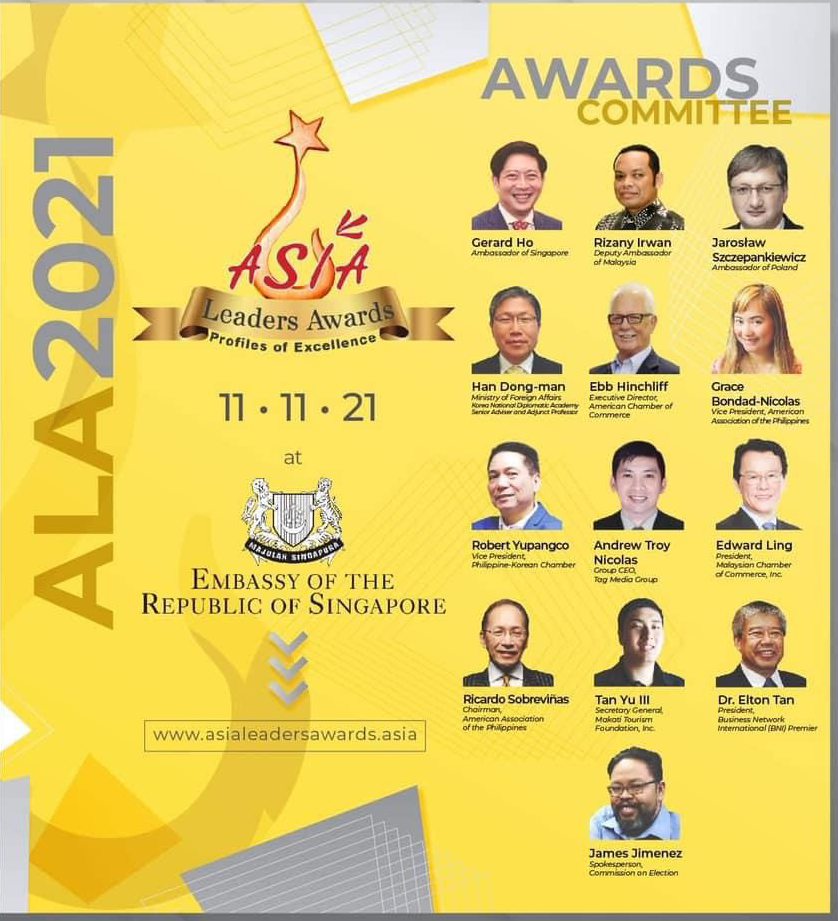 This year, it’s all about bringing the country together. Meet the selection committee;

The aim is to recognize honorable men and women who promote the Philippines as a premier business hub in Asia and beyond. Someone who demonstrates his leadership not only among their peers but also in attempting to solve national and international problems. And, A leaders who have demonstrated outstanding achievement for the welfare of others, also in public service.

A color combination that sends a message of strength and hope that is both lasting and inspiring. This year’s theme is Yellow and Gray, which are the colors of the year. Two distinct colors emphasize how various elements work together to help each other. This is exactly what we all require right now. Support and Unity are important.

Being an Asia Leaders Awards honouree is a testament to great leadership and contribution in the business world.

The announcement of honourees/finalists will be on May 20, 2021. Gala Night at Embassy of the Republic of Singapore, Bonifacio Global Center, Taguig on November 11, 2021.