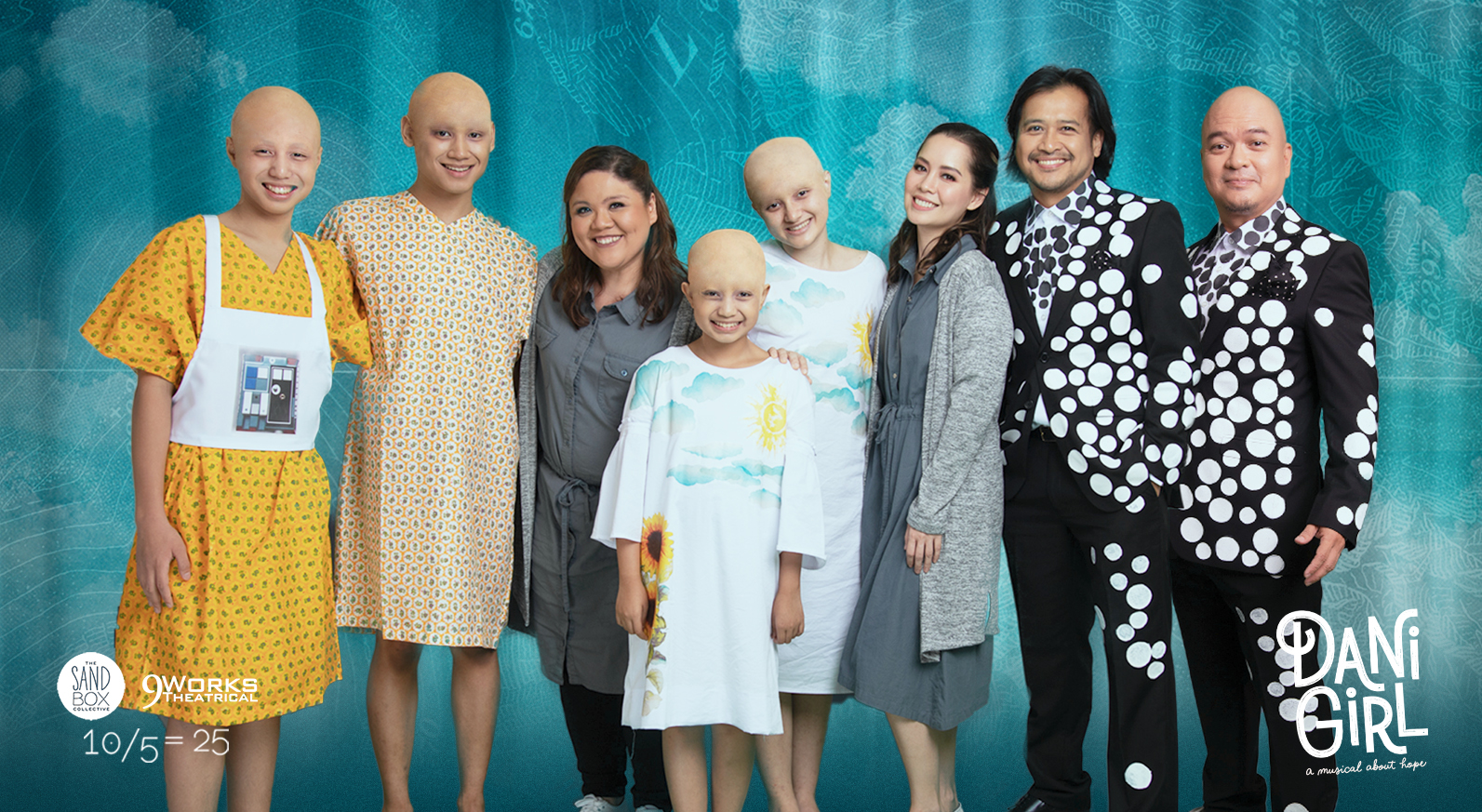 The Sandbox Collective and 9 Works Theatrical is celebrating their 5th and 10th year respectively, in delivering the best musicals and the commitment to developing new artistic voices in the local performing arts scenes.

In line with this, The Sandbox Collective is restaging Dani Girl, the heartwarming musical story of hope for everyone battling with the disease. The musical is Directed by Toff De Venecia, books and lyrics by Christopher Dimond and music by Michael Kioman.

The restaging of Dani Girl will reprise the role of the original cast Beca Coates as Dani Lyons and Luigi Quesada as Marty. The 2019 production will feature the talented artist Felicity Kyle Napuli as Dani and Daniel Drillon as Marty.  Joining them are Sheila Valderrama-Martinez and Pam Imperial as Katherine; Lorenz Martinez and Juliene Mendoza as Raph.

The Story
A story of a nine-year-old girl named Dani Lyons diagnosed with Leukemia. She goes in a magical journey after losing her hair in chemotherapy. She’s off to a quest finding her hair and look for the answer “Why Is Cancer?” Joining with her is an imaginary friend named Raph and Mr. Fritz the Teddy Bear. She befriended Marty, a boy older than her who loves sci-fi and adventure movies to avoid reality and later join her in a quest to finding the answer to the question Why is cancer?

I really got affected by this musical because I’ve already experienced having someone in your family battling with cancer. I almost teary-eyed and sniffing during the heartfelt conversation of Dani and her mother and Dani’s conversation with God asking him “Why Cancer?” it will bring us all into a realization of what if’s in our life?

This musical is not just depicted a story of hope but of how children expected it. Having cancer is not like a fairy tale that would end happily.

We watched the cast played by Felicity Kyle Napuli as Dani and Daniel Drillon as Marty, Juliene Mendoza as Raph and Pam Imperial as Dani’s mother. I admired the performance of Felicity in titular role and Daniel as Marty. Napuli definitely shines in this musical she gave a convincing performance and sings out. The cast gave their stunning performances to make it more entertaining.