An exceptional event and entertainment venue located in a city away from the usual party crowded place, like Bgc and Makati. with its continued existence in the entertainment business, Club Mwah still consistent in giving world-class entertainment which is similar to that Las Vegas show.

Club Mwah features gay, transgender and others who have exceptional talents and committed to their craft under the helm of Chris Nicolas. He makes sure that every detail of the production is in place from the choreography to costume. Chris is the star of the show imitating the famous artist Tina Turner when we arrived on Saturday evening. Club Mwah is open only every Friday and Saturday night but the audience, will be mesmerized by the performances inspired by the movie Burlesque, Dream Girls, and the 1985 Song Rock Me Amadeus to name a few with their colorful costumes. The night will not end without ‘Follies de Mwah” as the night main attraction.

Since 2005, Chris started directing the show and until now he is in charge in terms of the productions. When asked, why despite his creative talents he chooses to devotedly shares his talents in managing and directing the production side of the Club. “First, passion ko sumayaw talaga, then kapag nakarinig ako ng music parang lumalabas yung ideas na gusto kong iinterpret, kung baga sa painter ipaint mo sa canvass, ito naman gusto ko makita kung ano maganda sa music through dancing.” he shares. Being a Bayanihan dancer and a Physical Education Major in Philippine Normal College now PNU he also incorporates folk dances like ‘Singkil’ in their productions as needed. 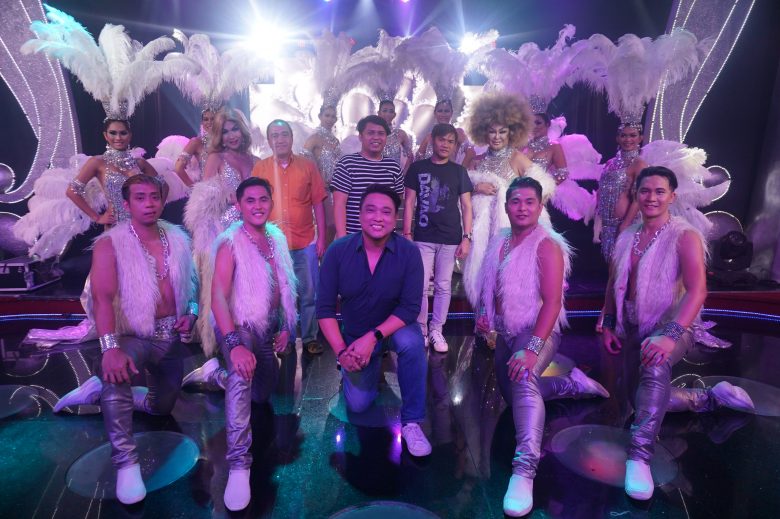 In the last 16 years, the Club Mwah talents have come and go. To become a Club Mwah Talents or the Follies De Mwah one must be tall, can easily pick-up the choreography and most importantly is the Attitude. He also mentioned that Club Mwah is always ready to face challenges in operating their business, such as the ever-changing environment, particularly how to reach and get the attention of the Millenials.

The Club had already been visited by some personalities in business, politics and in showbiz as well. And through the years, the continued patronage of their loyal customers and friends mostly balikbayans. Pocholo Malilin, Club Mwah owner handles the business side, is consistently inviting people and bloggers to experience the kind of entertainment Club Mwah have, so they may promote it with their friends. They also do outside shows locally and abroad. True to his word, Pocholo said Club Mwah’s continued existence despite the competitions is because they only give fun and clean entertainment. They maintained the decency and respect they have earned over the past decades.