September 5, 2019 –  FIFTY years have passed since the Cultural Center of the Philippines (CCP) opened its doors to the Filipino people and showcased the best of Philippine arts and culture.

By April 1966, a plan to “construct, establish and maintain in a single site a national theater, a national music hall, art, and such other buildings and facilities” had been brewing.  The idea was to build a Center that aimed to awaken the consciousness of the Filipino people to the Philippine cultural heritage and encourage them to participate in its preservation, promotion, and development.

It was two months after, on June 25, 1966, when the actual construction began through the initiative of former First Lady Imelda Marcos.  The delay on the actualization of the plan lay on finding the capital for its construction.  Being highly involved in the project, Mrs. Marcos ventured into one of the most ambitious fund-raising initiatives to date.

“The Flower Drum Song” served as the fund-raising event.  Through ticket sales alone, approximately $50,000 had been collected.  Mrs. Marcos also persuaded the late President Johnson, during his state visit with his family, to pledge $3.5 million from the Special Education Fund for the project.

It took three years to complete the Brutalist building, which was designed by National Artists Leandro Locsin and Ildefonso Santos Jr.  The Center was built on reclaimed land along the Manila Bay.

On September 8, 1969, the Center welcomed its very first guests to the premiere of “The Golden Salakot: Isang Dularawan.”  Then California Governor Ronald Reagan and his wife Nancy, who represented President Nixon, attended the inauguration.

Through the years, the CCP remains true to its mandate – to make arts matter to every Filipino.  It has become the leading institution for arts and culture in the Philippines by promoting artistic excellence and nurturing the broadest audiences to participate in art-making and appreciation.

The CCP has been the premier showcase of the arts in the Philippines and remains peerless in its achievements in nurturing excellent artists, producing high-quality works and developing audiences for the performing arts.  It has been one of the first major venues for the performing arts in Asia and considered one of the world’s finest examples of brutalism architecture.

This September, the CCP kickstarts its golden anniversary celebration with “Bulawan: The CCP 50th Anniversary Gala,” a night of enchanting performances by the country’s best and brightest artists.  The CCP Gala will be on September 20 and 21, 8 pm, at the Tanghalang Nicanor Abelardo (CCP Main Theater).  The Gala is underwritten by BDO, one of the country’s leading bank companies.

Directed by Loy Arcenas, the Gala features artists who have been part of CCP productions in the past 50 years, including the resident companies namely the Ballet Philippines, the Philippine Philharmonic Orchestra, Tanghalang Pilipino, the Bayanihan Philippine National Folk Dance Company, the Ramon Obusan Folkloric Group and the Philippine Madrigal Singers. 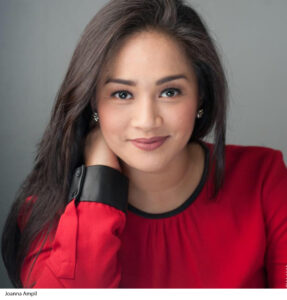 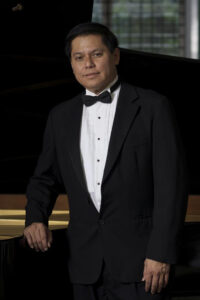 Veteran actors Celeste Legaspi, Nonie Buencamino, Shamaine Buencamino, Audie Gemora, Monique Wilson will showcase their artistic talents in a series of performances.  With composer-director Jerrold Tarrog and editor Chuck Gutierrez, there will be a Cinemalaya segment paying homage to the golden years of Philippine cinema.

The September Gala launches the five-year fundraising initiative to rehabilitate the iconic but ageing building and bring it up to standards of the 21st century, placing it at par with the world’s best art venues such as the Lincoln Center, the Sydney Opera House and other theaters worldwide which have become iconic landmarks in their respective countries.

“The CCP turns 50 this year, and it has been showing signs of its time.  The Main Building is now in need of major renovation and technical upgrading if it is to remain a cultural landmark and a leading showcase of the performing arts.  The challenge for us is to raise P1 billion pesos (in cash, supplies, and services) in the next three to five years,” said CCP Chairperson Margie Moran-Floirendo.

“The renovation project aims to provide the best facility for the production and presentation of performing arts and visual arts in the Philippines.  With the facility upgrades, we hope to provide enhanced performing arts experience, pleasing both the artists – local and international alike – and the audiences.  By embarking on this journey, we hope to recuperate the CCP’s reputation as one of the best performing arts centers in Asia,” shared CCP vice president-artistic director Chris Millado.

The CCP Gala is just the beginning of the year-long celebration.  The Cultural Center of the Philippines invites everyone to celebrate this milestone, with various activities and other events happening from September 2019 to September 2020.