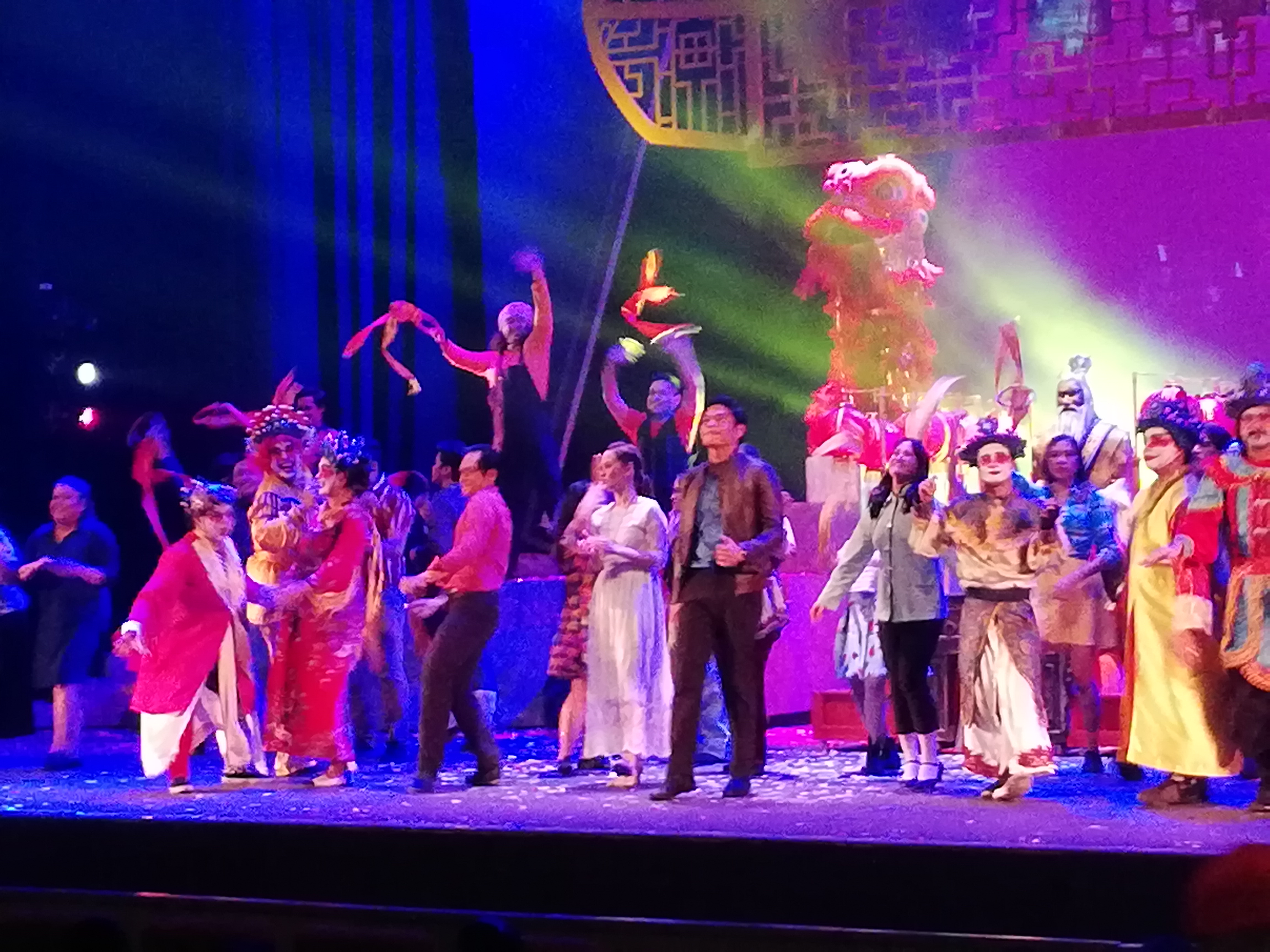 The repeat run of Binondo: A Tsinoy Musical last for only 4 performances. The gala-night held last July 12 at 8:00 pm at The Theater at Solaire. Other performances on July 13 and ends July 14, 3:00 pm show.

Binondo is a story of love in the time of political turmoil and racial discrimination, sacrifices, hope, and longing. The musical is a story of a Filipina who grew up in china town and a night club singer named Lily, and Ah Tiong, a Chinese Scholar who has earned his degree in the United States of America.

The story begins during the Moon Festival during the pre-martial days in Manila and the Cultural Revolution in China. Ah Tiong doesn’t believe about destiny and love met Lily, a hopeless romantic at the festivities of the Chinese Love Deity Ge Lao in Binondo. The two fall in love during the time of troubles. Ah Tiong knows that he is engaged to Jasmine, a Chinese woman and is waiting for his return to China. Lily has this childhood friend named Carlos, a Chinese-Filipino who is secretly in love with her. Things are not easy for these lovers but eventually discovered love involve sacrifices and compromises.

Binondo: A Tsinoy Musical is an original story by Rebecca Chuaunsu, books and lyrics by Ricky Lee, Gershom Chua, and Eljay Deldoc. It is directed by Joel Lamangan, with music by Von de Guzman, choreography by Douglas Nierras, lighting design by Joey Nombres, and production design and technical direction by Otto Hernandez.

I like theater arts but not that frequently watched musical play. The performance of the lead stars Arman Ferrer as Ah Tiong and Sheila Valderrama-Martinez as Lily was stunning. It is my first time to watched these actors on stage and they got my attention with their soaring vocals and performances that matches the stage.

I feel the heartbreaking performances of Carlos played by Noel Rayos. And Ima Castro, Lily’s sick mother who delivered an impressive vocal performance.

Mariella Laurel as Jasmine and Ashley Mickaela Factor as Rubi also shared the limelight with the lead cast giving their best performance.

The ensemble headed by Jim Pebangco, Kahlil Kaimo, Lorenz Martinez, Ellrica Laguardia, and Rhapsody Li as the Koro gave us the comic relief and lively performances enough for the stage.

I am really amazed by the choreography’s intense rhythm and movement. To my surprise, it was a Douglas Nierras Work, whose choreography makes “Dito sa Binondo” and “Ang Pag-ibig ay Disco” never look outdated.

The song was beautifully composed by Von de Guzman, I love to hear again songs like “The Moon Represents My Heart” – music by Weng Ching-Hsi and lyrics by Sun Yi performed by Lily, Ah Tiong, Carlos, and the Koro. The emotional songs like “Mahal Kita” and “Paghihintay”.

The production designer came up with an impressive set that filled up the big stage of Solaire Theater. I love the scene where Ah Tiong and other passengers set to go onboard a plane.

This play had its limited re-staging last July 12, 13 and 14 only at The Theater at Solaire.